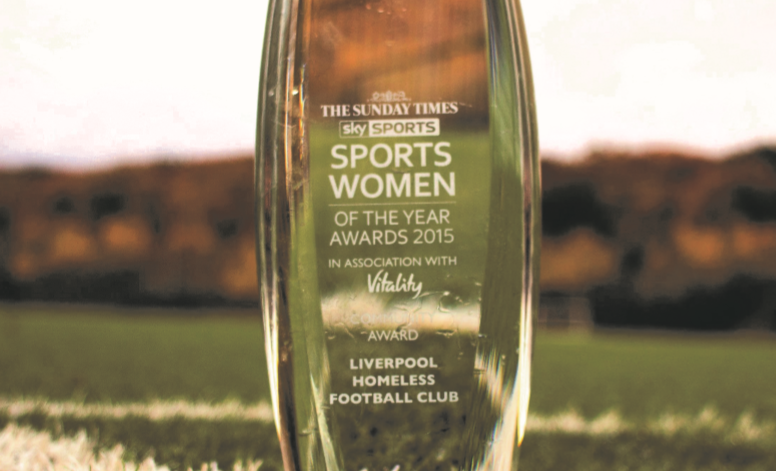 During our 10 years, of supporting homeless men and women across Merseyside, we have been successful in achieving a number of local and national awards. These awards are recognition that we are taking the right steps towards our desired goal of tackling homelessness. The LHFC board would like to thank everyone who has been involved past and present with the football club. Special mention to the management and staff at the Power League and Liverpool County FA, who have supported them from their inception.

Plus Dane Community Project of the Year 2014
Winner

Whilst the team are honoured to have received the awards, their biggest achievements are away from the glare of publicity. Their greatest satisfaction is gained when a player finds a home or a job. Breaks the cycle of homelessness and moves on with their lives.

Your ticket for the: Achievements