This year marked the 100th anniversary of the Representation of the People Act [1918], giving the right to vote to women over 30. LHFC women have joined in many Centenary celebrations and workshops to celebrate along with the rest of the nation. The collective “Positive Mental Attitude” is infectious and has had a fantastic effect on all of us.  We think its high time for everyone to be #Justifiablyproud of:

Did you know that 100 years ago Women’s football was huge, drawing crowds of over 50,000 regularly? Their popularity reached its height in 1921, with big crowds wanting to see them play. However, this “golden era” of women’s football didn’t last long. Top physicians, such as Dr Mary Scharlieb, expressed the opinion that football was a “most unsuitable game, too much for a woman’s physical frame”. On 5th December 1921 the FA also deemed the game unsuitable for females and women’s matches were banned. The ban changed the course of the women’s game forever. Read the full story here.

Almost 100 years later in 2018, it’s been a bumper year for women’s football across the country and here at LHFC, the interest has also been growing. The last game of the Futsal league season was in July. The full league table and results can be found on the FA website.  The great news is that the new season will kick off in October 2018, so don’t forget to register your interest. 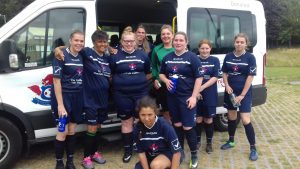 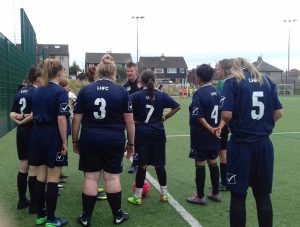 Sunday 22nd July 2018 saw our ladies team make a trip along the motorway to Lancaster to participate in a 7-a-side tournament at Lancaster & Morecambe College as part of pre-season for 2018-19. They played against teams from all over the North-West. Despite the tough opposition they did themselves, our sponsors and the club proud. Thanks to Kev Cole our driver who, even with the slight detour, managed to get us to the venue on time. Also thanks to our hosts Morecambe FC, good luck to you all for the new season.

The Spirit of Merseyside League Matchday 5

This month’s theme was disability and we were able to highlight how disabilities affect mental health. Our ambassador and comedian Gary Skyner joined us and helped motivate the players and boost morale. We would like to thank him for sharing his experiences, his words were positive, encouraging and very moving. 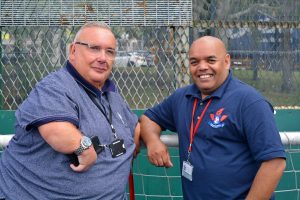 I would like to formally welcome our latest team to join the tournament who travelled all the way from Widnes and settled into the tournament with ease as well as playing some great football.  A team to watch one thinks!! Welcome Brennan FC from everyone at Liverpool Homeless FC.

Thank you to everyone who took part to make the tournament another great success.  Well done to all players once again we saw some great football and fantastic team spirits.

I would like to thank all teams and support workers who joined us. Thank you to the County FA officials for sorting the fixtures, keeping the scores and for fair play. 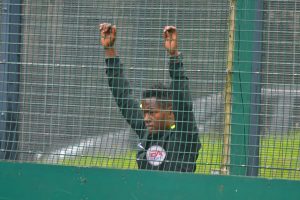 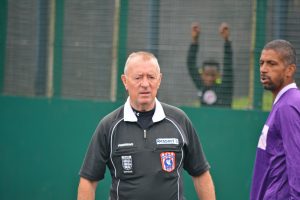 All our fantastic volunteers on pitch side and on The Back Kitchen, you all worked so hard to help make the day a success, you were all amazing.  Also, a massive thank you to all our visiting health team partners providing additional support and providing vital information to improve our health and wellbeing.