Great meeting today from some of the representatives of LiverBirds, Bergen, Norway. The LiverBirds are an LFC supporters group based out of Norway’s 2nd largest city, Bergen. They contacted LHFC to let them know that every year they support a Liverpool Charity and this year they had chosen Liverpool Homeless Football Club, we are delighted. Jorn-Erik Heimster and Beate Didrikson from the LiverBirds appeared happy to accept some promotional tops from one of our ex-coaches Carl Martin. See image below 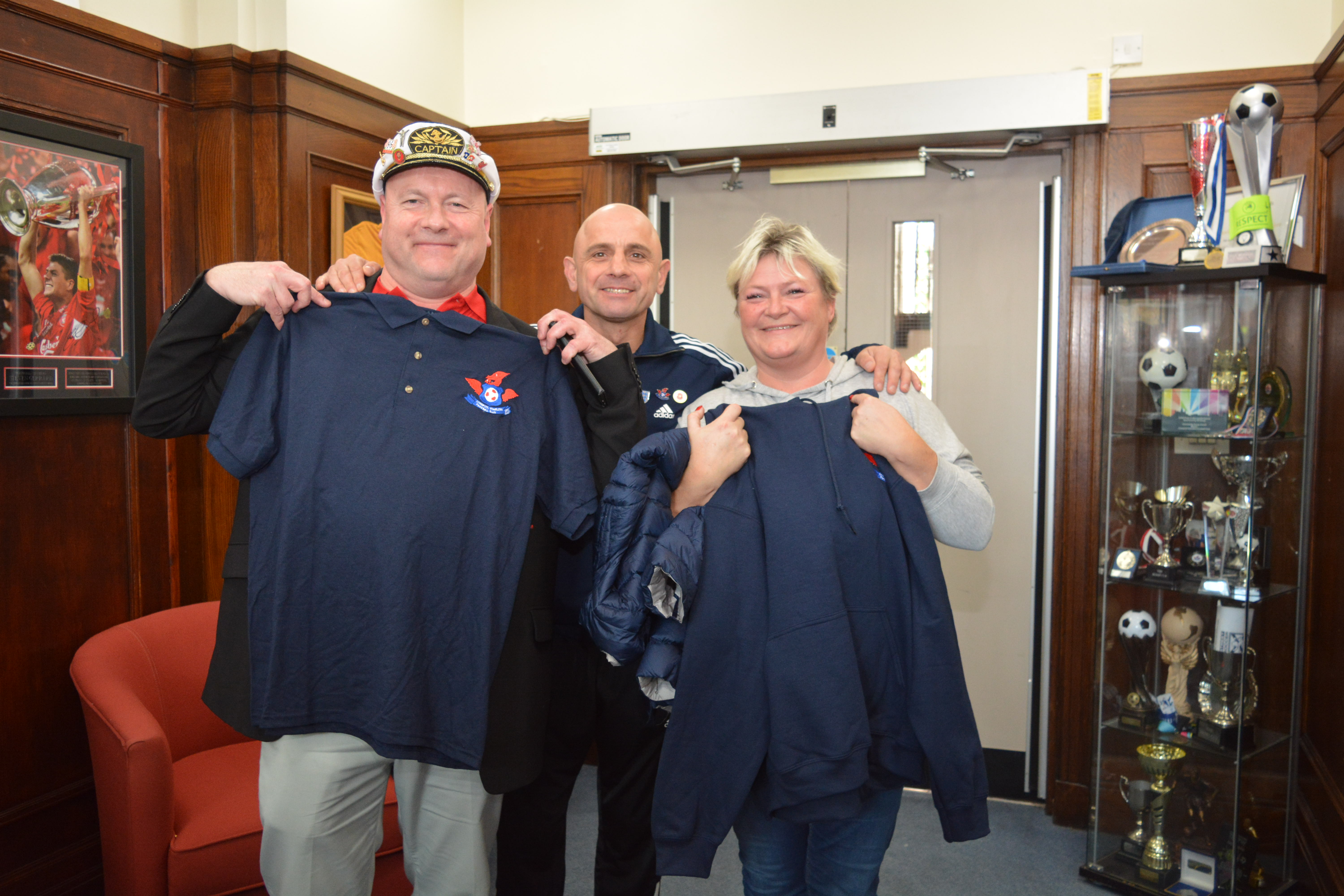 The LiverBirds have a flier for their fundraising event which we believe is in September. If any of our supporters or followers can translate from Norwegian, we would be very grateful. In the past, the LiverBirds have supported the Justice for the 96 campaign and Jamie Carragher’s 23 Foundation to name but a few. The members regularly attend Anfield and visited this week for Liverpool 2-0 game against Fulham. They also attended Tranmere’s exciting FA Cup game against Oxford which ended in a 3-3 draw. The LiverBirds have raised over £30,000.00 since they began and have over 550 members.