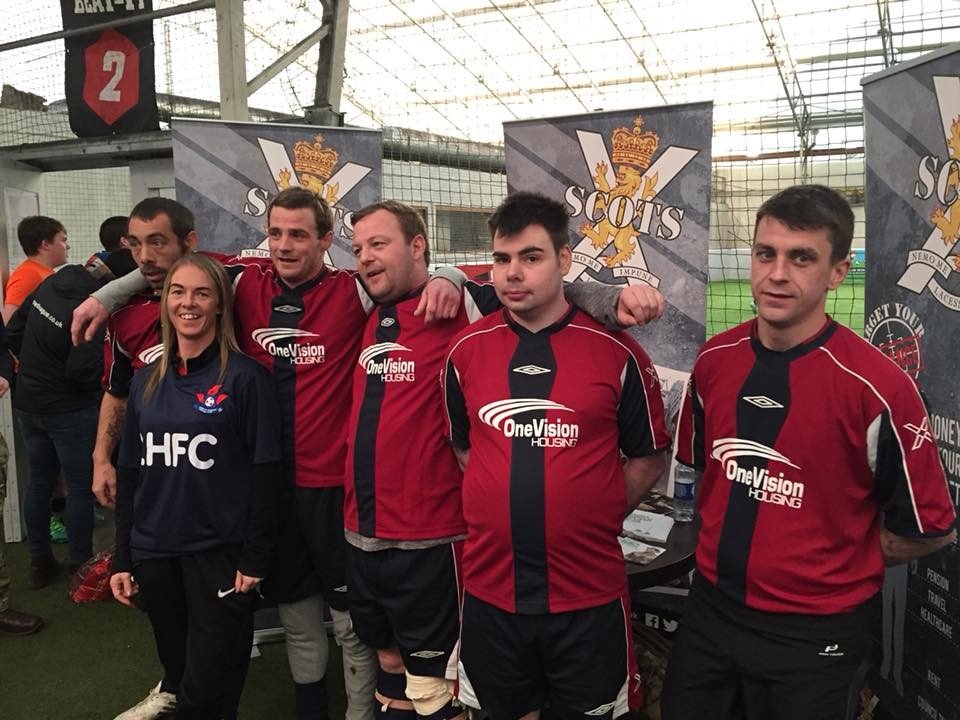 In November 2017 staff, volunteers and players enjoyed a road trip across the border to Scotland to compete in the annual Street Soccer Scotland Tournament.

Our newly branded minibus courtesy of the Steve Morgan Foundation, was packed with people, bags and lots of goodies for the long journey ahead. The players were buzzing despite the early start. By 7am the atmosphere on the bus was filled with anticipation and excitement. Poor Kev our driver had to listen to their dulcet tones singing at the top of their voices, as we proceeded along the motorways northwards.

Our first stop was Edinburgh where we checked in at a local back packer’s hostel. We then headed off for a whistle stop tour of the granite city. A tasty Italian meal was enjoyed by all, including our friend Sian Downes of Street Soccer Scotland, before heading to bed for an early night. 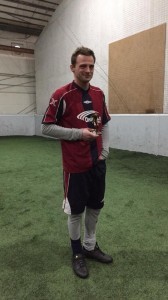 A 6 am start saw us head further north to Dundee to compete in Street Soccer Scotland‘s annual winter cup. The 5 a side tournament had a friendly, welcoming, party atmosphere. The early start was soon forgotten and the lads were keen to get on the pitch.

LHFC competed in 5 games against teams from Scotland, Sunderland and Newcastle. They did us and themselves proud as they finished runners up.

Player of the Tournament

Our very own James Robinson was delighted to be awarded player of the tournament. He proudly returned to Merseyside with his trophy.

As the final whistle blew, and as if on cue, snow began to fall. So it was all aboard the mini bus to head back North, before the snow had a chance to settle. The atmosphere on board was a lot quieter, the only sounds were the gentle snores of an exhausted, happy team. An excellent time was had by all and they are all looking forward to future away days.